5 ways to seriously study at home with kids

Most people know Rebekah Poe from her blog and popular Instagram account, "Lessons and Lattes with Mrs. Poe," where she shares tips, tricks, resources and lessons for other teachers. But she’s also a K-6 resource teacher, special-education teacher and parent who was a student herself for much of her daughter’s early childhood. She also uses her social media accounts to help other parents learn how to study at home with kids.

"We went through that whole process together," Poe says, "so I don’t know what it would be like to be a parent and not also be a student."

Armed with her experiences as a student-parent and educator, Poe shares five tips for parents to manage their time to study at home with kids and be productive while helping their children become lifelong learners too.

Time is everyone’s most precious resource, but especially for student-parents. Rigorous planning, scheduling and time-tracking are necessary to find time to study at home with kids.

"You have to figure out what has to be the highest priority, and schedule around those things," she says. "I had to make sure I knew what assignments" — both her own and her daughter’s — "were due on which days."

Sometimes, carving out time for schoolwork meant turning down social gatherings and playtime with her daughter or finishing assignments after putting her daughter to bed. "It takes a lot of sacrifice and mostly just learning to prioritize what has to be done, what I’d like to get done, and what doesn't necessarily have to be done right away," she explains.

When it comes to making to-do lists, Poe is old-fashioned. Pen and paper do the trick. "If I can’t see it in front of me, I’m not going to get it done," she says. She assiduously tracks project timelines and deadlines on a large desk calendar, "so I know exactly how much time I have to plan for something."

For student-parents with young children looking for tips to help study at home with kids, Poe recommends doing as much as possible the night before: setting out clothes, getting lunches packed and so on. "Anything you can do to save a little bit of time for something else," she says.

2) Always have your end goal in mind.

"Sometimes you’ll feel like, ‘Oh my gosh, this is my life, all I do is work and go to school,’" Poe says. "But that’s not the end of it. If you can focus on getting to the end and reaching those goals, that makes everything else worth it."

Poe said that to become a teacher and "teach what I wanted to teach," she’d wanted to get both her bachelor’s and master’s degrees. Simultaneously parenting, going to school and working full time was, of course, difficult. But her hard work was in service of achieving a clear goal.

3) Work, and even commiserate, with your kids.

"I hate to say this," Poe says, laughing, "but you have to commiserate with your kids: ‘Yeah, I know this is tough, but it’s worth it, and we’re going to do this together.’"

Poe and her daughter would sit at opposite ends of the table and do their homework together in silence, each holding the other accountable. She notes that promising something fun after finishing their schoolwork — getting ice cream, watching a movie — boosted motivation.

Working in the same space as your kids is about being a role model, about, "setting an example of working hard and prioritizing and sacrificing," Poe says. "Being that example for your kids is something that you can’t put a price on."

"She saw me going to school. She saw me putting all of my effort and energy into it," Poe says of her daughter. "I’d sometimes have to tell her, ‘Mommy can't play right now because Mommy's doing school.’ She learned about a work ethic from a very young age."

Playtime can be a valuable learning experience for both you and your kids. "Play-based learning for a young child is the most important way they should be taught when they’re little," Poe says.

Poe often cooks with her daughter. "That’s a lot of math, a lot of sequencing, following a recipe," Poe says. She’d tell her daughter the ingredients and then say they needed to double the recipe — how much sugar is that going to be? Or they’d play hopscotch, and the beanbag landing on two numbers would present a math problem for her daughter — what’s 9 + 7?

"You can play and make learning fun, and it’s still educational for the child," Poe says, "but it's also time to spend together and hang out and have fun as a family."

When asked if she has any final tips for student-parents, Poe is unequivocal: "Try to find a support system." She talks often with her close friends about schooling and parenting, and her mom will "babysit on FaceTime" with her daughter, the two of them talking and reading children’s books together, connected by a screen.

Poe’s daughter loves virtual play dates so much that she’ll ask her mom, "‘Can I call so-and-so?’ And she’ll just FaceTime a friend or a grandparent for a little bit."

Poe encourages student-parents not to be shy about needing help. "Reach out to a friend or family member and just say, ‘Hey, I’ve got this deadline. Can you come help? Can you play outside with the kids?’" She adds, "Don’t feel like you have to do everything on your own, because you’re not alone."

The data proves Poe is correct: A quarter of all undergraduate students in the U.S. are raising dependent children while attending school. Nearly three-quarters of those student-parents are women. For parents who question whether they’ll be able to juggle their education and their family responsibilities if they go back to school, Poe’s story shows how dedication and the right attitude can make it all possible.

Ready to go back to school? UOPX is here to help you succeed.

See how one single mom committed to getting an education and found her purpose in the process. 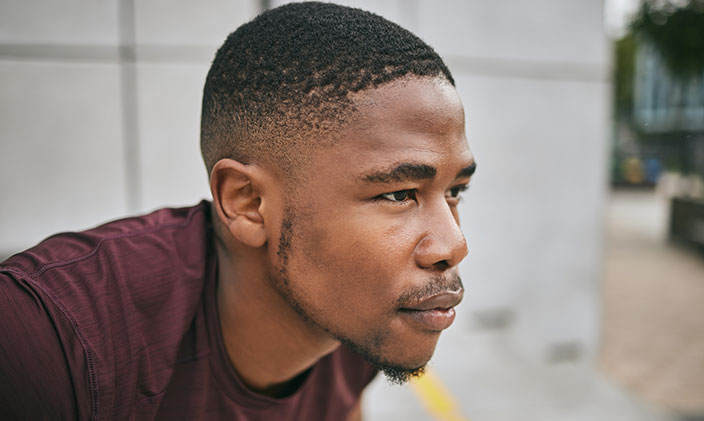 5 Steps to Achieving Your Goals 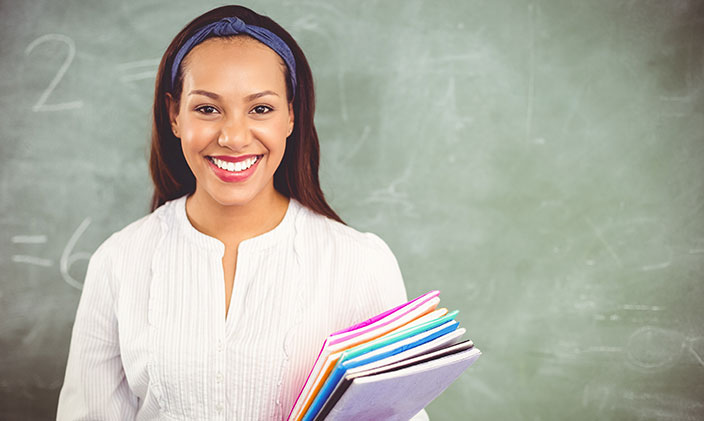 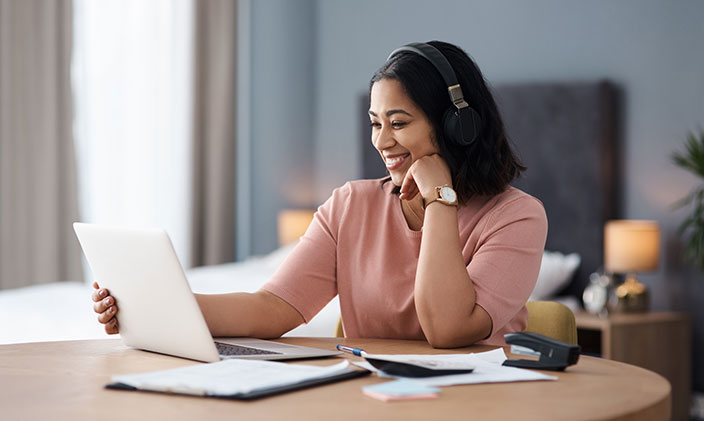 How Individual Online College Courses Can Help You Graduate