Make a greater impact as a Nurse Leader

Is your bachelor’s degree in a non-nursing discipline? Our Nurse Bridge program can help you pursue your master’s degree in nursing. If you have an active RN license and a bachelor’s degree in any other field, our Nursing Bridge Program helps experienced nurses earn a MSN degree while saving time and money. You’ll start with three Bachelor of Science in Nursing (BSN) courses, then move into the master’s nursing program specialty that fits your career goals.

Busy life? There’s good news. Most of our master’s nursing classes are online and only 6-8 weeks long. Plus you’ll have up to 8 opportunities throughout the year to begin your classes, depending on the program you choose This gives you the flexibility to start school when it fits into your schedule, while adding to skills and expanding career opportunities as you progress.

Find the nursing master's degree for you

The number of credits required to complete a master’s nursing degree with UOPX.

The number of times a year you can start your degree based on the program and your schedule.

The program length of a nursing business degree with UOPX.

MASTER OF Science in nursing with a concentration in nurse education

See the MSN/Concentration in Nurse Education

MASTER OF Science in nursing with a concentration in informatics

See the MSN/Concentration in Informatics

MASTER OF SCIENCE IN NURSING WITH A CONCENTRATION IN NURSE ADMINISTRATION

See the MSN/Concentration in Nurse Administration

Outlook for workers with a master's degree in nursing

Bureau of Labor Statistics job growth for postsecondary education administrators is projected to be as fast as average between 2021 and 2031.

Bureau of Labor Statistics job growth in nurse anesthetists, nurse midwives and nurse practitioners is projected to be much faster than average between 2021 and 2031.

Bureau of Labor Statistics job growth for medical and health services management occupations is projected to be much faster than average between 2021 and 2031.

Bureau of Labor Statistics job growth for nurse anesthetists, nurse midwives and nurse practitioners is projected to be much faster than average between 2021 and 2031.

Bureau of Labor Statistics job growth for medical and health services management occupations is projected to be much faster than average between 2021 and 2031.

The BLS Projected Growth for 2021-2031 is published by the US Bureau of Labor Statistics. This data reflects the BLS’ projections of national (not local) conditions. These data points are not specific to University of Phoenix students or graduates.

Master of Science in Nursing/Concentration in Nurse Education

There are 12 core, program-specific courses that can help sharpen your advanced practice, leadership and teaching skills. Graduates may be eligible to sit for the Nurse Educator Certification Exam**. Core courses include topics like: innovative curriculum design, educational assessment and evaluation, contemporary nursing practice and more.

Master of Nursing/Concentration in Informatics

There are 12 core, program-specific courses to help you build the confidence and skills to analyze data that supports effective decision-making and patient outcomes. Graduates may be eligible to sit for the Informatics Nursing Certification Exam and should contact the American Nurses Credentialing Center for eligibility requirements.** Core courses include topics like: nursing research, data analysis and management, information workflow and more.

Master of Science in Nursing/Nurse Administration

There are 12 core, program-specific courses to help you build the knowledge, confidence and skills to pursue a future as a hospital, health system and clinical nurse leader. Graduates may be eligible to sit for the Nurse Executive Certification Exam.** Core courses include topics like: interprofessional leadership and management, health law, policy, ethics, and global trends, organizational dynamics and systems thinking and more.

There are 11 core, program-specific courses to help you build the knowledge, confidence and skills to prepare to take charge as a nurse practitioner. Most of the coursework is online, but an intense 5-day in-person residency is required as part of your degree program. Graduates are eligible to sit for the American Nurses Credentialing Center (ANCC) Family Nurse Practitioner-Board Certified (FNP-BC) credential or the American Association of Nurse Practitioners (AANP) Family Nurse Practitioner-Certified (FNP-C) credential.** Core courses include topics like: clinical applications of theory and research, Health policy and role of the advanced practice nurse, advanced pathophysiology and more.

There are 12 core, program-specific courses to help you prepare as an advanced practice registered nurse (APRN) specializing in neuropsychiatric care and treatment. Most of the coursework is online, but an intense 5-day in-person residency is required as part of your degree program. Graduates of the MSN/PMH program are eligible to sit for the American Nurses Credentialing Center (ANCC) PMHNP national certification examination.*** Core courses include topics like: health policy and role of the advanced practice nurse, advanced health assessment, neuropsychiatric disorders and more.

**Contact the American Association of Nurse Practitioners for eligibility requirements.

***Contact the American Nurses Credentialing Center or the National League for Nursing for eligibility requirements.

Cost per credit applies to all MSN degrees. Ways to pay — and save. Explore your options.

From scholarships to transfer credits and federal financial aid for those who qualify, there are a variety of ways to pay for school and save on tuition.

Federal Financial Aid is money from the U.S. Department of Education to help you pay for your college tuition and expenses.

See if you qualify to use veterans’ education benefits or tuition assistance to help pay for school.

Credit for Prior Learning

More about credit for experience

Starting with your first course, every new qualifying student will be awarded one of our scholarships.

Check if your employer provides tuition assistance, benefits, or reimbursement programs toward your degree.

Over 1 million alumni have earned their degrees while balancing work, school and life. So can you.

How to apply for your master’s nursing degree program

Once you’ve selected your degree program, choose your start date from our calendar, apply for free and register before the deadline (usually one week before the program starts). Then you'll speak to an enrollment representative to begin class. 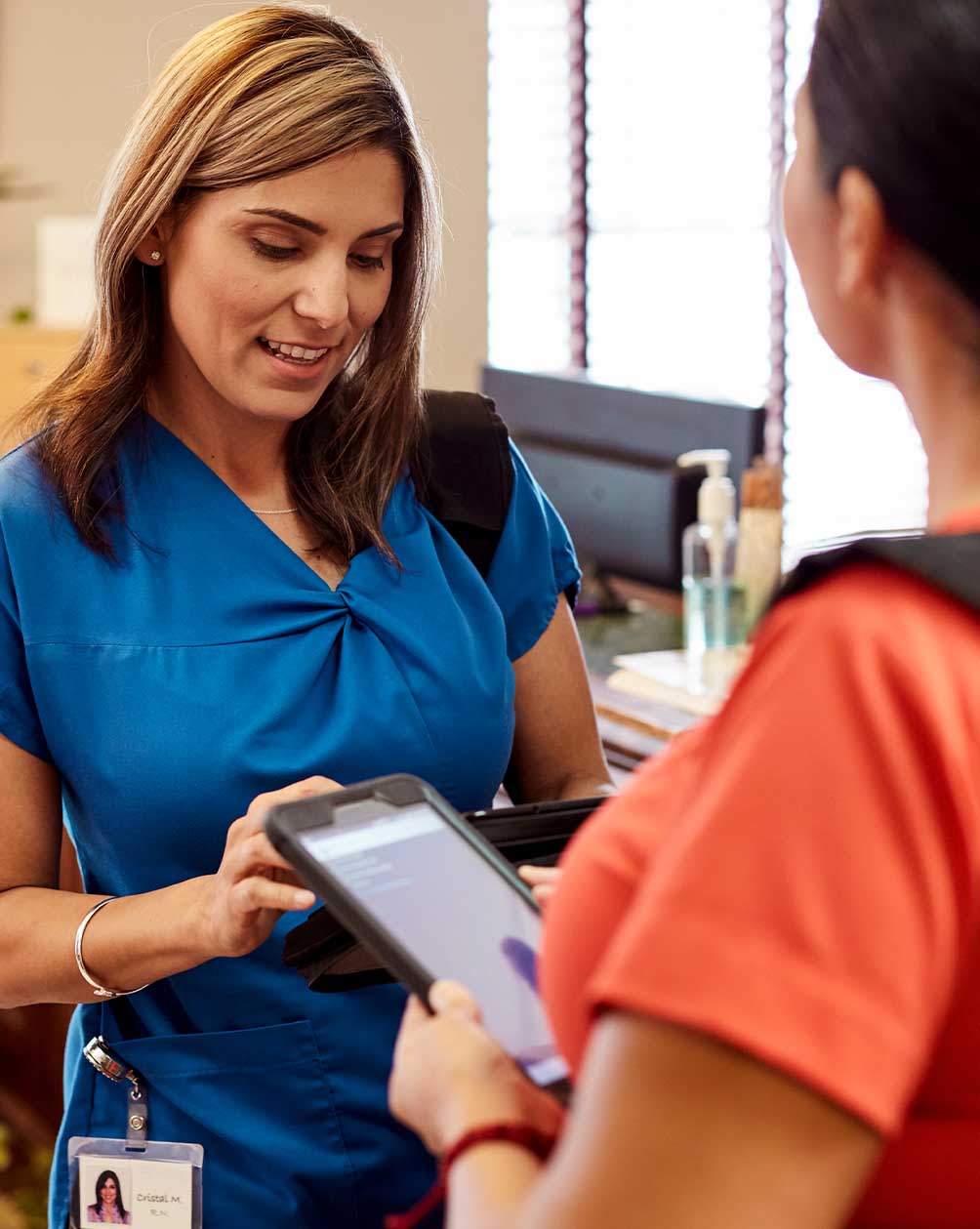 If you want to learn from accomplished, real-world faculty with actual experience in the fields they teach, we have good news. Before they join University of Phoenix faculty, our instructors go through a thorough a careful preparation and mentoring process. Our faculty have an average of 15.3 years of University of Phoenix teaching experience.*

Check out our faculty

*This is a University-wide average, the College of Nursing average may differ. 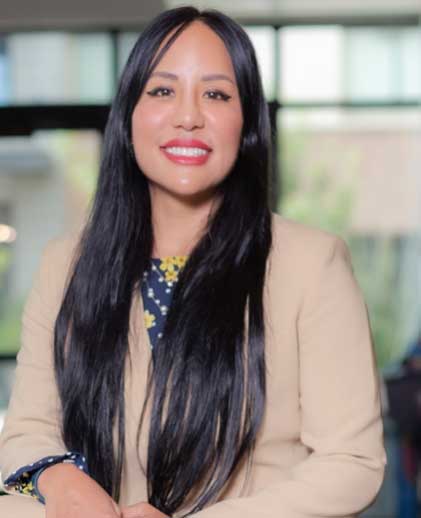 Dr. Brooks has been a registered nurse for over 25 years and practiced extensively in the areas of: ICU, trauma, and critical care. Her publications include a focus on nursing education, critical care, and diversity, equity, and inclusion. Her role in a deanship span over a decade.  She has attained tenure twice during her academic career in the state of California serving as a professor in prelicensure nursing education.  She is an appointed Doris Howell Scholar and a champion for women’s health and wellness. She is an active member of several professional nursing associations including American Association of Colleges of Nursing, National League of Nursing, and Association for Critical Care Nursing.

This depends on the program  you choose to pursue. Other factors include the number of eligible credits you can transfer toward your program and whether you take breaks from your program. Here are the program lengths:

Advanced degrees like a master’s degree, are an important way to gain the knowledge and critical skills necessary to stay competitive in a field like nursing. If you’re looking to build knowledge, leadership acumen and career-relevant skills, an online master’s degree can help.

Most of the courses in our MSN programs are taught online. The Master of Science in Nursing/Family Nurse Practitioner (MSN/FNP) and Master of Science in Nursing/Psychiatric Mental Health Nurse Practitioner (MSN/PMH) have a 5-day, in-person residency that’s required to complete the program. Our courses last 6-8 weeks and are in a learning environment that allows you and your peers to engage in discussions, assignments and learning activities.

Regardless of which specialty or concentration you select, you’ll learn from faculty who are leaders in their field. They bring their experience and practice to the classroom. This exposes you to industry-leading strategies necessary to promote your career growth.

Throughout your learning experience you are never alone. Our specialized nursing advisors and finance advisors support and help guide you to make solid decisions from your first day to your last.

You may be able to transfer eligible credits to our online master’s degree program if the university or college you attended is accredited. An enrollment representative can help you understand if your prior college credits can apply to your chosen program.

What’s the Difference Between an FNP and an APRN?

What Comes After a BSN Degree? 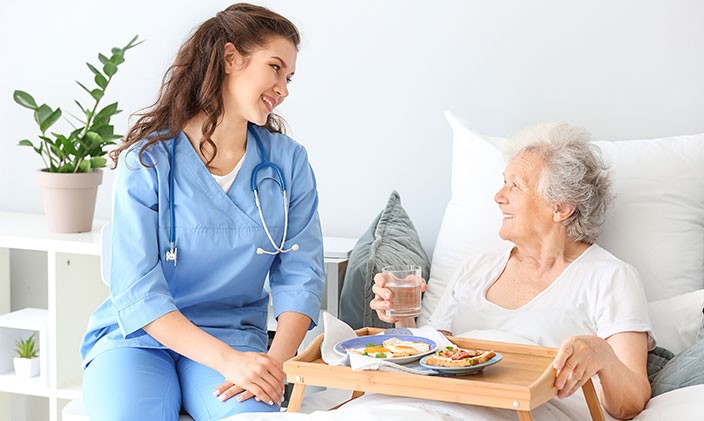 What is a CNA? The Complete Guide to a Career as a Certified Nursing Assistant