For anyone outside the field of information technology (IT), computers can seem, at best, like a foreign language or, at worst, like a temperamental tyrant. (As anyone who’s lived through a computer crash knows.) We rely on technology for work, entertainment and communication. Yet few of us really understand how it all works.

Sharon Golett, an IT instructor at University of Phoenix (UOPX) and a 2020 Faculty of the Year nominee, is on a mission to change that.

Golett views her job as twofold. On the one hand, she needs to teach her students how to think creatively. IT professionals have to figure out solutions to problems that "someone else created," Golett says. They don’t always have cut-and-dry answers, either.

On the other hand, Golett also has to essentially teach her students a new language of IT jargon.

"If you can take those words from looking all Greek and hieroglyphic and turn them into common words, you have that ‘aha’ moment," Golett explains.

Golett, who has lived in Shreveport, Louisiana, since moving there during high school, has always been interested in information technology. She earned her associate, bachelor’s and master’s degrees in the field and worked as a programmer before switching to networking in the early 2000s.

"I was more interested in what was going on behind the wall of what my computer was connected to," she says.

Golett is a circumspect woman. She speaks quickly and succinctly, never using more words to describe something than are absolutely necessary. Yet when she talks about her work in networking, the way she became a certified instructor for Cisco and when she joined the UOPX team as a teacher in 2012, she becomes expansive. This, her demeanor suggests, is her passion. And it is what makes her an effective teacher.

George Love, program chair for the College of Business and Technology, has worked with Golett for close to 20 years. He recognizes the value of her enthusiasm for information technology as well as her commitment to her students.

"I always appreciated that she was not only a great faculty member (and still is) who clearly cares about her students but also, as a successful woman of color in IT, she [is] an inspirational role model for students from underrepresented populations who want to develop a career in the technology sector," Love says.

Golett has served on the faculty council at UOPX, and Love points to her success with CompTIA as particularly valuable to students. "She was always engaged and willing to help with the adoption of new technology," Love recalls.

From computers to the classroom

UOPX students appreciate Golett’s other qualities, too. Among these are her patience and her commitment to ensuring that students absorb information at a pace that allows for comprehension and retention.

"I don’t want them to be too hard on themselves thinking they have to learn all of this overnight. It comes with time," she says.

When striving to teach effectively, Golett only has to reflect on her own education. "I had an instructor who took these strange terms … and made analogies I could relate to," she says.

Comparing computer networks to phones, for example, helped Golett visualize and understand what was happening. And reframing a protocol as an accepted rule or courtesy that must be followed in a given situation helped make the term more understandable in an IT context.

This attitude of acting as a sort of translator for students, coupled with Golett’s industry knowledge, explains why she was nominated for Faculty of the Year in 2020.

But the admiration goes both ways for Golett, who appreciates both her students and UOPX as an institution. Her favorite part of teaching is when students come back and validate that they were able to apply her lessons from the classroom to a real-life situation.

"My joy moments are students who still have my email," she says. "They ask for a reference [to pursue a job opportunity], and they come back and say, ‘Ms. Golett, I remember you saying such-and-such in class, and we had that happen.’"

The future of information technology education

That UOPX creates such opportunities is equally important to Golett. "When I first started at UOPX, it was a pioneer of online learning," she explains. High-quality education, she says, shouldn't depend on where you live or what your background is.

Students, meanwhile, continue to arrive at UOPX with an array of goals and objectives. Some want to explore cybersecurity. Some want to earn IT industry certificates. But everyone seems to recognize both the value and the potential of a field Golett has seen transform over the decades.

"I like sharing with our students just how far technology has advanced since I started," Golett reflects. "Our phones that we’re talking on right now have more capability than computers that used to cost $7,000 did. And we’re not done yet."

Wondering where to start with your IT certificate? Check out our blog!

IT is a big field ready for more players. Learn more about our degree programs in Information Technology. 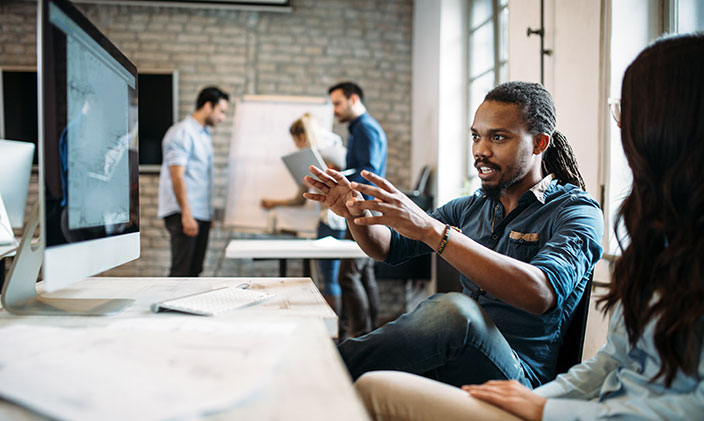 What is University of Phoenix Known For in 2022?

Is University of Phoenix Legit?