Getting to work in nursing with a college degree

By next year, it is projected that there will be more job openings in the nursing field than in any other profession. According to the Bureau of Labor Statistics, employment of registered nurses is projected to grow seven percent from 2019 to 2029, faster than the average for all occupations in the U.S.

Students with a Bachelor of Science in Nursing (RN to BSN) can be prepared to become a charge nurse, public health nurse and director of nursing. The median annual salary for registered nurses was $73,300 in May 2019. BLS projections are not specific students or graduates of University of Phoenix.

Even before the pandemic put nurses on the forefront of front-line jobs, nursing—the largest healthcare profession in the U.S.—was changing rapidly. Technologies are evolving, patient populations are aging, and federal legislation is increasing both access and difficulties. That means more challenges and more opportunities for nurses than ever before.

But being trained as a nurse doesn’t make bedside nursing the only option in your healthcare career. Here, we speak to three University of Phoenix graduates whose nursing education and experience has taken them far beyond the emergency-room floor.

Engelic Garcia has one word to describe being a nurse these days: "chaotic." But she’s never felt more valued in her job, and she sees the last year as "a learning environment for our community."

Education—about the vaccine, testing, risk factors—is "key for me and everybody else," she says. She’s talking not about the general public, but about those new to the nursing profession. It’s the students and new nurses whose education she feels passionate about.

Besides being a nurse at Fresno Surgical Hospital, Garcia is a hospital educator and a clinical instructor at a local nursing school; pre-pandemic, she was also an adjunct professor at a local university. She helped build the foundation of the preceptor program at the hospital and has worked to increase retention and education for new nurses. "Okay, how can this be made better?" is the question she’s constantly asking herself.

"I’m proud that I’m able to mentor and be a cheerleader for those who want to further their education," she says.

Indeed, furthering her education has been Garcia’s M.O. since entering the healthcare industry decades ago. She was a medical assistant, then a neonatal phlebotomist, then, after getting her associate degree in nursing, an RN.

When her hospital offered employer tuition benefit opportunities to attend University of Phoenix, she decided to get a bachelor’s degree at the University. "It was wonderful how the instructors and administrators were so engaged with us," she says.

She knew she wanted to teach, to "go out and be proactive for new nurses and students so they wouldn’t have the same struggles I did," so she soon got her MSN, specializing in nurse education, also from University of Phoenix. Now, the completion of a doctorate program is on the horizon.

"The sky’s the limit when you’re in the nursing profession," Garcia says. "You can be an educator, a patient coach, a flight nurse, work in infection control." It’s a misconception that all nursing roles should include night shifts, working weekends and holidays, on the floor for 14 hours at a time.

Garcia was never a floor nurse and hasn’t worked weekends in over a decade. "There’s just so many opportunities in nursing," she says proudly. "I think it’s a phenomenal profession. For those who have a passion for caring for people, this is the job for them.”

Art Gladstone has come a long way. After growing up in Canada and becoming the first-ever male RN in gynecology in the city of Red Deer, Alberta, he moved with his family to Hawaii. There, he got a bachelor’s in nursing, then an MBA, from the University.

His first job at Pali Momi Medical Center, in 1990, was as a nurse. By 2004, he was the hospital’s chief operating officer. When Pali Momi merged with Straub Medical Center, he became the COO, then the CEO, of both hospitals.

In January 2020, after nearly two decades as a doubly busy executive, he moved into a strategy role.

His first job at Pali Momi Medical Center, in 1990, was as a nurse. By 2004, he was the hospital’s chief operating officer. When Pali Momi merged with Straub Medical Center, he became the COO, then the CEO, of both hospitals. In January 2020, after nearly two decades as a doubly busy executive, he moved into a strategy role.

"Having the clinical background is extremely helpful," Gladstone says of his own ascent from RN to chief executive, "but it really depends on your business acumen and your ability to engage with people. … Nurses learn how to communicate well, and they learn how to take data and make decisions and take action based on that data."

Gladstone knew, all those years ago, that he could be a nurse with just an associate degree, but felt that he needed a bachelor’s and master’s degrees to transition into management. "If you look hard enough," he says, "you’ll find more stories like mine."

Gladstone’s success led him to give the commencement address at University of Phoenix, where he imparted three lessons to graduates.

• One: Hone a marketable talent, whether that’s a tangible skill (being good at writing or math) or a more conceptual ability (being a good mentor or problem solver).
• Two: Do your homework. "You have to understand what an organization is looking for and how the skill you’ve identified fits in," he says.
• Three: Have some luck—not Las Vegas luck, but the kind that makes you ready for any opportunity. Early in his career, Gladstone never said no to an additional project or responsibility.

Jackson Tea knew his parents wanted him to become a doctor. But when he volunteered at a hospital and saw doctors doing their rounds, "in and out very quickly," he found himself admiring nurses instead.

"I loved their interaction with patients, providing that kind of close care" over 12-hour shifts, he says. "I realized nursing was where I wanted to be. I wanted to be first-line treating patients."

With a bachelor’s in nursing, Tea got a job as an emergency-department RN. He worked in both trauma and triage, becoming a staff nurse, a charge nurse, a preceptor—developing his skill set, climbing the ranks.

Being a preceptor helped shape his ambitions. He realized he wanted to go into management, so he enrolled in the MSN program at University of Phoenix, specifically to gain leadership skills.

"Learning transformational leadership is probably the main focus [from the program] that has been with me the entire time," he says. "The way that leadership has transitioned from being hierarchical to more servant leadership is something that has always applied in my practice.

It’s not about "being the boss" but about asking himself: "How do I support my staff? How do I support the first-line workers to do their job appropriately and to the highest expectation?"

While in the program, he was promoted from charge nurse to assistant director at a Kaiser Permanente hospital. Two years later, having realized that "there’s more to healthcare than just the emergency department," he made a lateral transfer to another Kaiser facility, becoming an assistant director of orthopedics and podiatry.

"I learned a different spectrum of healthcare—not just the ER but the surgery setting, the clinic setting," he says. "Just moving and growing, moving and growing." Another promotion landed him in his current job, as director of ophthalmology.

"The pandemic has really taught us how to be resilient, to be flexible," he says.

Garcia, Gladstone, and Tea were able to turn their nursing degrees into long and fruitful career in healthcare, one that goes far beyond the typical parameters of nursing. In short, the job outlook for nurses has never been brighter. 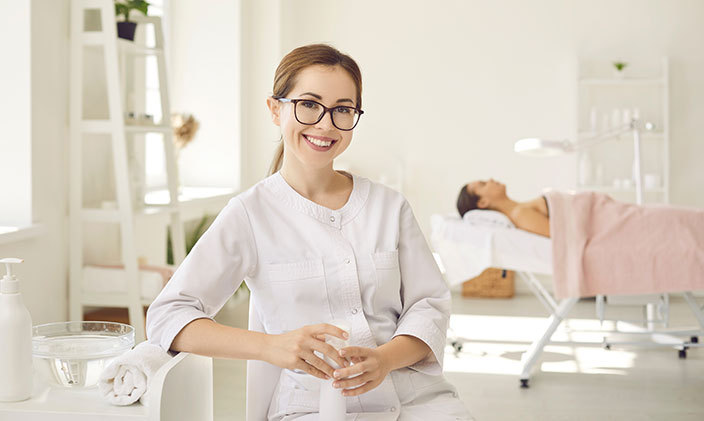 Managing Stress as a Healthcare Provider