“Make a name for yourself. Be somebody.”

It was his father who shared these words with Marco Grijalva, and they could serve as a thesis statement for the life Grijalva would go on to lead.

His father was the first person on either side of the family to graduate college. He instilled in his young son the drive for self-growth, fueled by education and hard work.

These qualities would power Grijalva through a decades-long career at Intel, where he still works today.

Born and raised in Arizona, Grijalva did not know exactly what he wanted his life and career to look like. From physical therapy to marketing, political science to criminology, a number of disciplines piqued Grijalva’s curiosity. The breadth of his interests can be seen clearly in the degrees he picked up from a state university in 1999: a general business degree, a liberal arts degree and a sociology minor.

Grijalva had proved he could work hard to achieve his goals. That was clear. The direction his life and career would take, however, was still a very open question. It would not be long after graduating college when an opportunity provided the answer.

Today, Grijalva has spent more than two decades working at Intel, but his tenure was not necessarily a sure thing when he started. After graduating college, Grijalva interviewed for an internship at Intel but was told the program was full. Unless an attendee dropped out, Grijalva would not be able to attend.

It just so happened that an attendee did drop out of the program, making space for Grijalva to attend that summer. His work ethic and commitment must have stood out, because Intel offered him a job in purchasing after his internship ended.

A year after starting at Intel, he met his wife. They were married about a year later in November 2001. They planned to travel before settling down, but the 2002 arrival of their first child, Gianna, drove Marco to double down on his role as a provider.

“The biggest thing for me is family,” Grijalva says, and it’s clear from the way he speaks about his wife and two children just how true that statement is. He worked hard to grow in the company but soon realized that furthering his education could help him realize a better life for himself and his family. He wanted to make sure he could provide if he were laid off or wanted to pursue another job.

That’s where University of Phoenix (UOPX) enters our story.

Thinking back to his father, Grijalva decided to take his father’s passion for education to the next level.

“I wanted to do him one better,” Grijalva says, “so I decided to be the first person on both sides of my family to get a graduate degree.”

This was not as straightforward as Grijalva makes it out to be. Around the summer of 2005, it was past the point when Grijalva could enroll at many state universities. He wanted to start sooner rather than later in a degree program that could fit around his two main responsibilities: his job and his family. His son had only recently been born, so it was crucial that he have enough time to care for him while he pursued his studies.

The solution arrived via a Master of Business Administration degree program at University of Phoenix that fit this need perfectly. He was able to speak with a representative immediately and enroll two weeks later. He could fit his class schedule around his family and work obligations, all while pursuing an education that was as invigorating as it was challenging.

Grijalva loved all his classes but highlights the individual experiences of his instructors as his favorite takeaway from the program. Many of his faculty had worked in industries similar to his and were able to provide real-world examples to back up their lessons. He could clearly see the connection between what he learned in the classroom and what he would apply in a future position.

Grijalva points out that the MBA program at UOPX helped make him more well rounded in his work. Instead of equipping him with a narrow set of skills, the program taught him how he could potentially work in a number of different roles. This let him think more broadly about where he wanted his career to go, and how he would like to use his degree.

Leveraging the skills he developed at UOPX, Grijalva was able to pursue greater leadership roles at Intel. He went from indirect materials purchasing to planning, and later to business development for both domestic and international markets.

In the process, he also made an effort to share his knowledge with those he worked with. He created a customer service class at Intel, relying on the storytelling skills he saw on full display in his classes at UOPX. A piece of information may not stick well in a student’s mind, Grijalva points out, but supporting that information with anecdotes and stories can help make it tangible and applicable for students.

Grijalva has grown into a leader in other ways too. For example, he is the president of the Intel Latino Network, an employee resource group focused on the professional development of Latino employees.

For Grijalva, success doesn’t stop at work. Alongside raising his two children, he created his own nonprofit youth basketball club called AZ FIRE Basketball Club in 2017. When he started, the club had one team; it has since grown to include 18 boys’ and girls’ teams for kids in third grade to high school.

“The life lessons I learned … from sports are what I use today,” Grijalva says. “I wanted to give back to the community.”

Work and his nonprofit commitments are important to Grijalva, but family remains the center of his life. As his father did with him, Grijalva has instilled in his children the value of continuous improvement. Now, as his son progresses through high school and his daughter starts college, he can appreciate where they’re going.

“I’m just excited to watch them grow up,” he says.

How Education and Mentorship Spell Success for University of Phoenix Alum 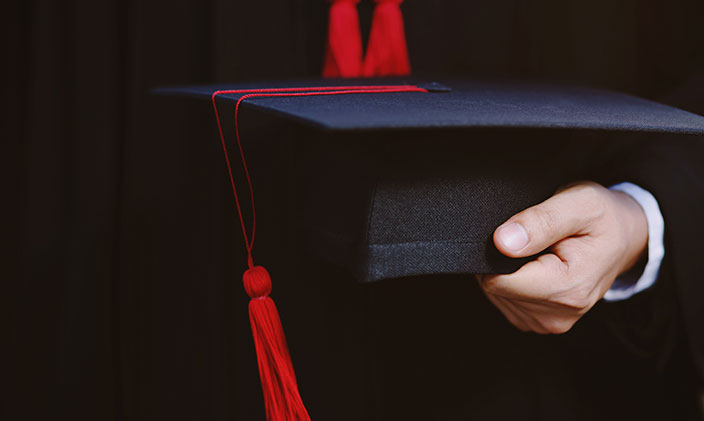