“It’s not about what you know. That’s table stakes. Whatever you’re doing, you have to perform. You have to do really well. It’s the people you know.”

This nugget is just one of many that University of Phoenix alumnus Stephen Paskel has gleaned over his 25-year business career. And it captures the essence of what he’s about: hard work and helping out.

Originally from the Bronx, Paskel developed a sterling work ethic early on. Maybe it was from watching his immigrant mother dedicate herself to her bookkeeping job while raising a family in the projects. Maybe it was the function of being the third and final child in his family, born 10 years after his sister and 14 after his brother.

Whatever the reason, Paskel can trace his commitment to working hard back to childhood. It first appeared when he earned a high school scholarship to the prestigious Horace Mann School in New York, but it would carry him through a lot of life events, from navigating the gritty world of the Bronx in the early ’90s to navigating an emotionally taxing move to Arizona in 1994 after his mom was diagnosed with breast cancer.

The move west meant more changes for Paskel than just the scenery. For starters, his living conditions improved dramatically. Where he shared a sectional sofa with his brother in New York, he got his own room in Phoenix.

But while he enjoyed some benefits from the move — he was closer to his aunt, he had greater physical safety and comfort — he also suffered tremendous loss. His mother passed away just nine months after settling into their new home.

Paskel still had his father, but his father struggled with problems that prevented him from being the provider Paskel needed. Earning a livelihood, in other words, would fall to Paskel.

“I didn’t have the choice of college or anything, because at that point it was back to survival mode,” Paskel recalls.

And so his work ethic, honed over the course of a challenging childhood, kicked in. He graduated high school early and landed a job with a local bank when he was just 17.

“I was looking for a job where I could support myself and take care of my father if I needed to, and the bank branches were hiring,” Paskel explains. “I didn’t realize what a good decision that was at the time.”

Three days later, Paskel walked into work only to be greeted by palpable tension. It turned out a large financial corporation had started what would become known as a hostile takeover of the bank where he worked. In the beginning, Paskel wasn’t too worried.

“That’s the beauty of being new and being young,” he says with a laugh. “You have no stake in the game.”

Three months into the takeover, however, Paskel received notice that his job was being eliminated in 60 days.

This would be the beginning of an unlikely motif throughout Paskel’s career. Not only would he receive that same notice at least two more times during his tenure at the larger bank after the takeover, he would also be at the root of those same notices for others.

Paskel, you see, pivoted after his first notice to work as a merchant teller at a different branch. (Incidentally, he was robbed the day after he started that role. His Bronx background, though, helped him keep his cool in a high-stress situation, and no one got hurt.)

Later, when his job was again eliminated, he took the opportunity to work at the help desk in Tempe, where he made more money while leveraging the technological skills he was mastering on the side.

From there, Paskel quickly moved up the ranks. Soon he was traveling around to branches to identify ways to optimize workflows and workforces.

“I didn’t really realize what they were sending me in for, for a while,” Paskel says. “I’d make all these friends then [some of them would be laid off].”

Paskel was ambitious and good at his job, but that other part of his character — the part where he recognized the value of mentorship and collaboration — is just as prominent.

So, instead of being the grim reaper of the banking world, he began working with the people he was observing and befriending.

“I recall a time when a number of people were concerned with their jobs being eliminated and were stressed about what they would do if they were to be thrown back into the job-search world,” Valdez says.

“Stephen set up a few meetings with this group and shared ideas on building resumés, interviewing techniques and utilizing social media to find other opportunities. Everyone left those meetings feeling so empowered. … He cared enough to work with this group to prepare them for what might come instead of telling them that they would be fine.” By 2002, Paskel had stepped into his first managerial role. He was also one year into what would be a 10-year journey to earn his bachelor’s degree in business management.

But where some might see a long journey to a bachelor’s degree, Paskel sees dedication. “That shows that it might take a while, but I was intentional. It shows that I can commit,” he says.

As Paskel worked his way through his bachelor’s program, life continued. He worked. He studied. He got married and had two sons. Eventually, he became a vice president of technology and global operations at his bank. Then, life changed again.

Paskel received notice that his position was being eliminated at the organization where he’d spent the past 23 years.

He could’ve sought out another position there, the same way he did when he was just beginning his career. But this time, he recognized opportunity in loss.

His severance package gave him time and space to pursue his triple passions of business, people and IT. He launched his own IT outsourcing company, CMIT Solutions of Biltmore, during that year after leaving his job. Then, he looked to his network to see where his next opportunity lay. As it turns out, it was with Allstate.

He was brought on in 2019 as the site leader for what would be a new customer service center in Chandler, Arizona. He built up the organization to 100 people before COVID hit.

“I had to get everybody home in two days,” Paskel recalls. “So, I got back out my IT tools: I was taking monitors apart, helping everybody get [home].”

It was around that time that Paskel decided to take another step forward in his career and his education. Earning an MBA had long been a possibility. Paskel knew it would differentiate him in his career, and he knew it would enhance his skill set. But the tipping point turned out to be more about helping others than helping himself.

While Paskel still likes the idea of teaching someday, right now, he’s giving back in other ways. As a senior manager at Allstate, he oversees three teams, which allows him to create opportunities for others.

“Stephen is a supportive and caring person,” Valdez observes, “which has also made him a great leader! He has the ability to build high-performing teams and get things done through his energizing and motivating communication style and encouraging leadership abilities.”

Paskel intentionally recruits high-performing team members, even though they often get poached for other teams or promoted to new roles. It’s a headache to replace them, but it’s a testament to Paskel that he sees this pattern as a positive.

“It’s been so fun to watch people go from where you know they can kill it and then they get the exposure and get the opportunity. That’s the type of stuff that gets you,” he says.

It speaks to the importance Paskel places on mentorship. Looking back on his career, he recognizes the ways his mentors have guided him in important ways. If he had to do it again, he says he’d be even more intentional about seeking out mentors for any major endeavor or project.

As he looks to the future, he recognizes that his education and experience give him some element of choice about what comes next. He currently serves as the president of an employee resource group known as the African American Working Network, and he wants to start a nonprofit that teaches young people financial literacy.

“Stephen is one of the hardest-working people I know and always willing to lend a hand no matter what he already has on his plate,” Valdez notes. “You can always count on him.”

With his MBA now complete, Paskel also has his eye on a director role at Allstate in the next few years.

For now, however, he’s content to apply his trademark energy and focus to working, to learning and to watching his sons grow up.

He’s come a long way from his childhood in the Bronx. And while there’s still more to do, there’s also space for appreciating what he’s accomplished. “Sometimes it takes a while to reflect back to see how … you’re just grateful for what you have but also that, even though you have more than some, you can survive with less.”

Read more alumni stories on the University of Phoenix blog! 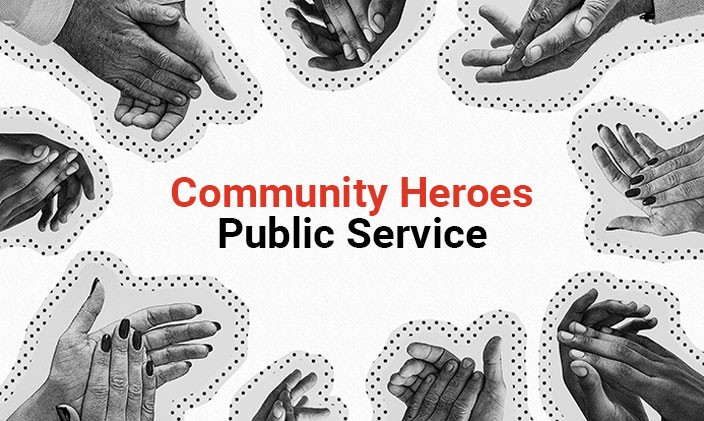 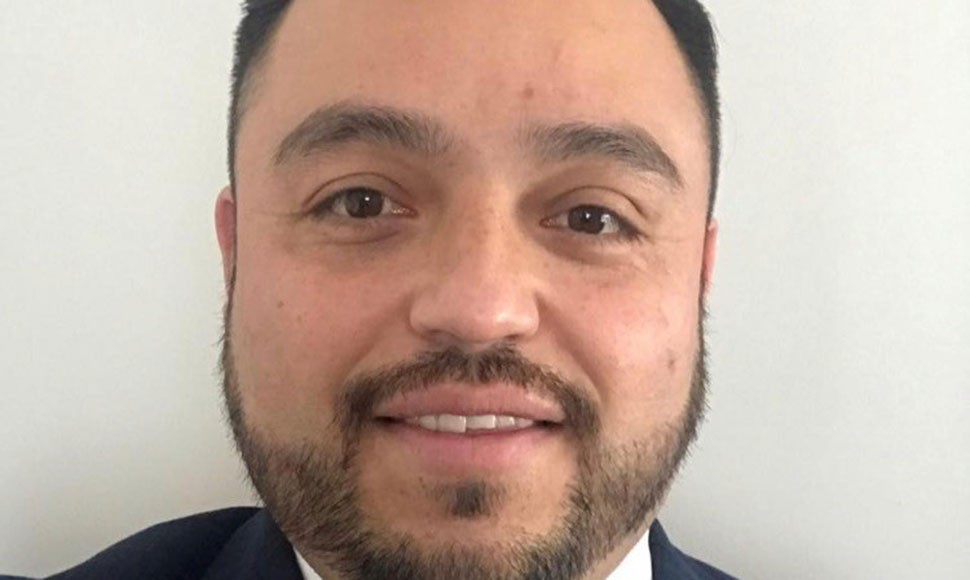 Permission to Be Exceptional: How Tracylyn Sharrit Found Success Through Education