A lot has changed since Thomas Shelton joined Comcast Corporation 15 years ago. For starters, he was hired by what was then Time Warner Cable. (Comcast purchased Time Warner in 2014.) Then there’s the fact that he was hired as an entry-level, Tier 1 technical support provider. Today, he works at the analyst 5 level in software development & engineering, which makes his progress both vast and varied. And it has been made possible, he says, by online college.

Higher education wasn’t a given for Shelton. While the Houston native had picked up a handful of credits at his local community college by the time he was hired at Time Warner, he hadn’t completed his degree. The experience just didn’t resonate with him, he says, even though he recognized the value of higher education.

"I wasn’t in love with the format of going into a classroom," he recalls.

Shelton’s mild-mannered demeanor belies his intense ambition. He’s the sort of person who speaks quietly and succinctly, but who’s always planning ahead, whether that’s for a company initiative or his own career.

"Every few years, I try to make a move and progress my career," he explains. "I went for a position as a lead analyst [in 2018] and didn’t get it. I was upset because I really wanted that role."

Shelton couldn’t be sure his lack of education was responsible for holding him back, but it was a hunch he couldn’t ignore either. He began to explore his options and discovered a lot had changed since his days at community college. Gone were the in-person requirements and daytime-only classes. Now college could be completed online — and Comcast offered financial incentives for employees to do it.

For Shelton, this was a game changer. Comcast’s tuition reimbursement plan meant he didn’t necessarily have to shoulder student loan debt for online college. And while Comcast employees have their pick of approximately 200 different educational partners, University of Phoenix (UOPX) offered some compelling advantages.

"I really wanted the format of just one class at a time," Shelton explains.

UOPX caters to exactly this mindset with multiple start dates throughout the year and online college courses that are designed to be completed one at a time (as opposed to taking multiples classes at the same time).

"To manage a single distraction at a time was No. 1 on my list," says Shelton.

Beyond that, there was the virtual campus aspect. Where many schools were just ramping up their virtual formats, UOPX boasted a robust and established online college platform. This meant Shelton could access his classes on his schedule.

"I was already used to being in a virtual, spread-out team," Shelton observes, so the transition to an online school felt natural.

It wasn’t long before Shelton had earned his associate degree at UOPX, at which point "it felt attainable" to pursue his Bachelor of Science in Management.

Shortly after starting his bachelor’s degree program, Shelton got in touch with his academic advisor who recommended using Study.com to save time and money toward his degree. Shelton was waiting out a temporary slowdown at work, so it was the perfect time to fast-track his education.

He worked with his advisor to determine which Study.com classes offered credits that could transfer toward his UOPX degree. From there, he completed roughly 30 credit hours over three months. (This experience is not typical for a UOPX student but was made possible by Shelton’s unique circumstances.)

Shelton is not alone in his resourcefulness. In 2020 alone, nearly 600 UOPX students applied Study.com credit hours to their record. On average, these students each saved $2,300 on tuition and 10 weeks of classroom time.

"If you’re able to stay self-motivated and learn through those platforms, they really make it easy for you," he notes.

Eye on the future

By October 2020, Shelton had completed his bachelor’s degree. In May 2021, he began work on his Master of Business Administration. But Shelton’s pursuit of a graduate degree speaks to more than just his lifelong learning mindset. It reflects the value he recognizes to be inherent in higher education.

Shelton says he had always looked up to various leaders and admired their decisions. But the deliberation behind each new direction or initiative remained a mystery until he got into the classroom. "I finally got to learn the textbook terms for some of these things," he laughs.

These epiphanies, he hopes, will continue as he earns his MBA. This new undertaking will answer many of Shelton’s goals, from improving his leadership skills and enhancing his big-picture thinking, to fully understanding how deliverables align with business objectives.

From his associate degree to his master’s, Shelton’s educational journey has included both hard work and enlightenment — and his only regret is that he didn’t do it all sooner. Going to school is a good idea no matter what stage of your career you find yourself in, he says.

Thomas Shelton isn’t the only one going back to school while working. See how this company promoted learning and development, even during the pandemic.

Ready to start your business degree? Explore our offerings! 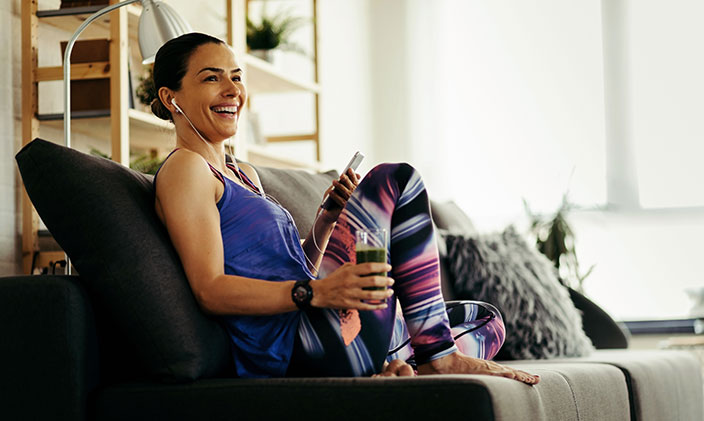 How Has the Pandemic Impacted You? - University of Phoenix

The Case for Moms (and Dads) to Go Back to School