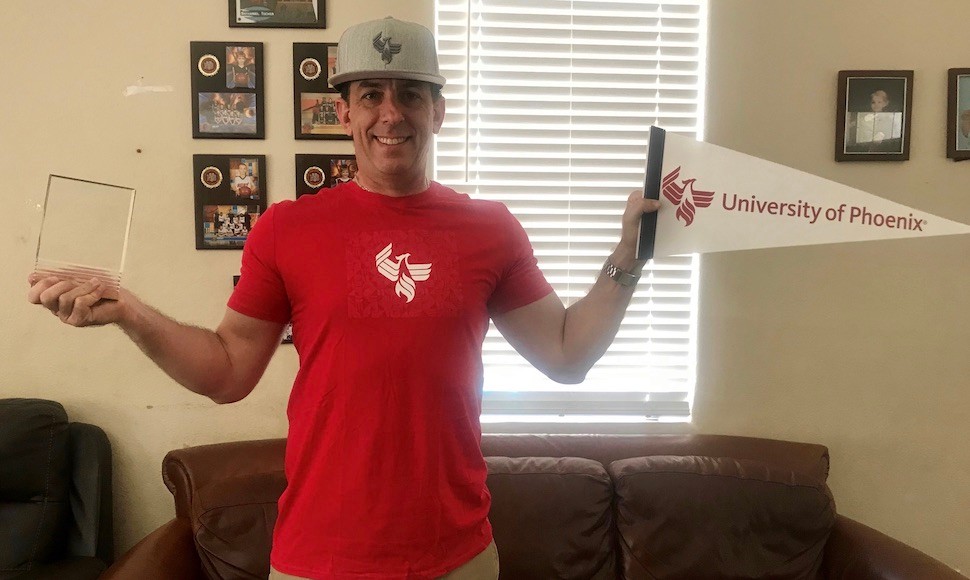 Tucker hopes his own path from high school dropout to educator inspires others to pursue their educational dreams.

On May 13, UOPX named Adam Tucker, anautomotive teacher at Las Vegas Shadow Ridge High School, the first recipient of a full-tuition scholarship in memory of the late Nevada assemblyman. Tucker was selected by a group of University employees with oversight from Jeffrey Hendrickson, director of the Phoenix campus and a close personal friend of Thompson, and Thompson’s sister, Sonja Mason.

Hendrickson described Tucker as the “perfect recipient” of the initial scholarship for his commitment to education and mentorship, two tenets Thompson championed before he passed away unexpectedly in May 2019.

He said Tucker was selected for using the hardships he overcame throughout his educational journey to elevate those around him and help students pursue the best version of themselves.

“Adam is passionate about youth and his community, and he is striving to make lives better around him,” Hendrickson said. “He gets the ‘people connection’ that was so important to Assemblyman Thompson.

Hendrickson has no doubt that Tucker is the right person to carry on his friend’s legacy, but the educator’s pathway to the classroom was far less certain. Growing up, Tucker never pegged himself as a high school teacher and dropped out of high school.

As the realities of life as an adult became more apparent in his 20s, he decided to pursue his GED. With a newfound confidence from passing the GED, Tucker decided to take courses in the automotive technology program at a local community college and began working as an auto mechanic.

It was there that he met his wife, who was studying elementary education. They got married, started a family, and moved on with their careers. Tucker successfully completed his program, but he knew he wanted more. His wife’s experience as a teacher inspired him — he became interested in becoming an educator and more importantly, a mentor.

Tucker had a passion for his industry and wanted to make an impact through educating others. So he enrolled at University of Phoenix’s Las Vegas Campus to pursue a Bachelor of Science in Education/Elementary Teacher Education. The scholarship will cover the remaining cost of his tuition.

Tucker hopes his story of success despite the obstacles he’s encountered over the years will inspire his students to see that doing something a different way isn’t necessarily wrong, and challenges can lead to opportunities.

“I found education later in life, and it has been a tool for me to impact others,” Tucker said.  “I hope my students recognize that, with effort and patience, it’s never too late to achieve your aspirations.”

Tucker was fortunate to have a variety of mentors throughout his career and hopes the scholarship will help him to become a better mentor to his students. One such mentor was Paul Tick, career & tech ed administrator in the Clark County School District, who encouraged Tucker to continue his education. Tick described Tucker’s mentor-focused interactions as strikingly similar to Thompson’s.

Tick said that Tucker’s level of understanding helps foster trust with students, even when situations call for discipline.

“Both Thompson and Tucker share an important philosophy about discipline which focuses on helping children learn from their mistakes rather than pushing them further down a negative road with no one to lean on,” he said. “Tyrone’s important work continues through teachers like Adam.”

Tucker said he is humbled by the award and the recognition of his accomplishments and for representing what Thompson felt was important. Thompson spent his career in Vegas fighting to end employment discrimination and provide underprivileged individuals with healthcare. His legacy also involved nearly 20 years as a volunteer advocate for children in the foster care system. Tucker knows he has big shoes to fill.

He said he hopes to continue to demonstrate the example Thompson set of how it looks to pursue a dream and inspire others to do the same.

“This is like winning the lottery. I am overwhelmed with support,” Tucker said. “Thompson was an incredible person and I’m so excited. I’ll try to do him proud.”

Like others in Tucker’s life, Mason believes that he can continue to fulfill the legacy her brother started.

“Education creates great opportunities and gives you a voice,” she said. “I hope [Adam] will live up to these opportunities this scholarship and education will give [him]. Congratulations, Adam. Continue the legacy.” 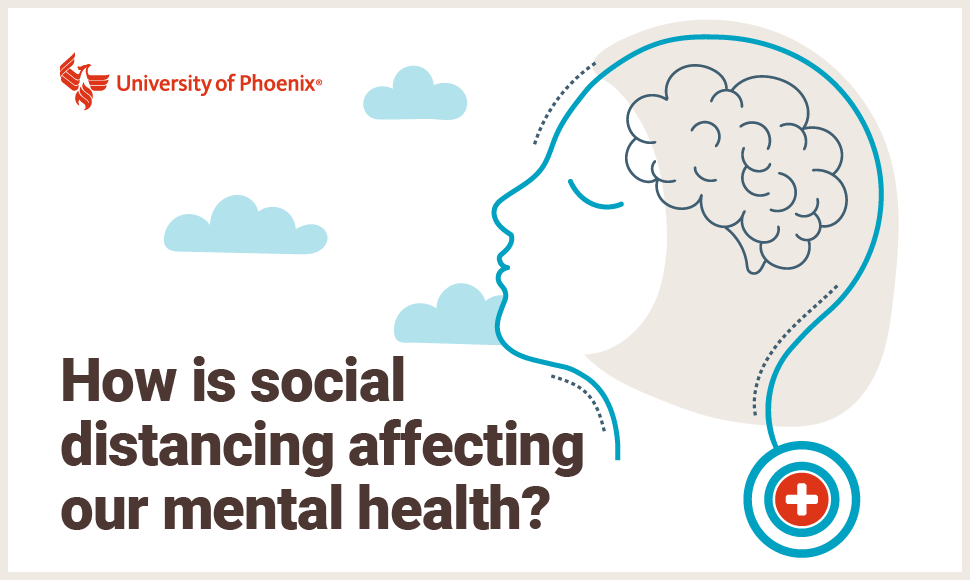 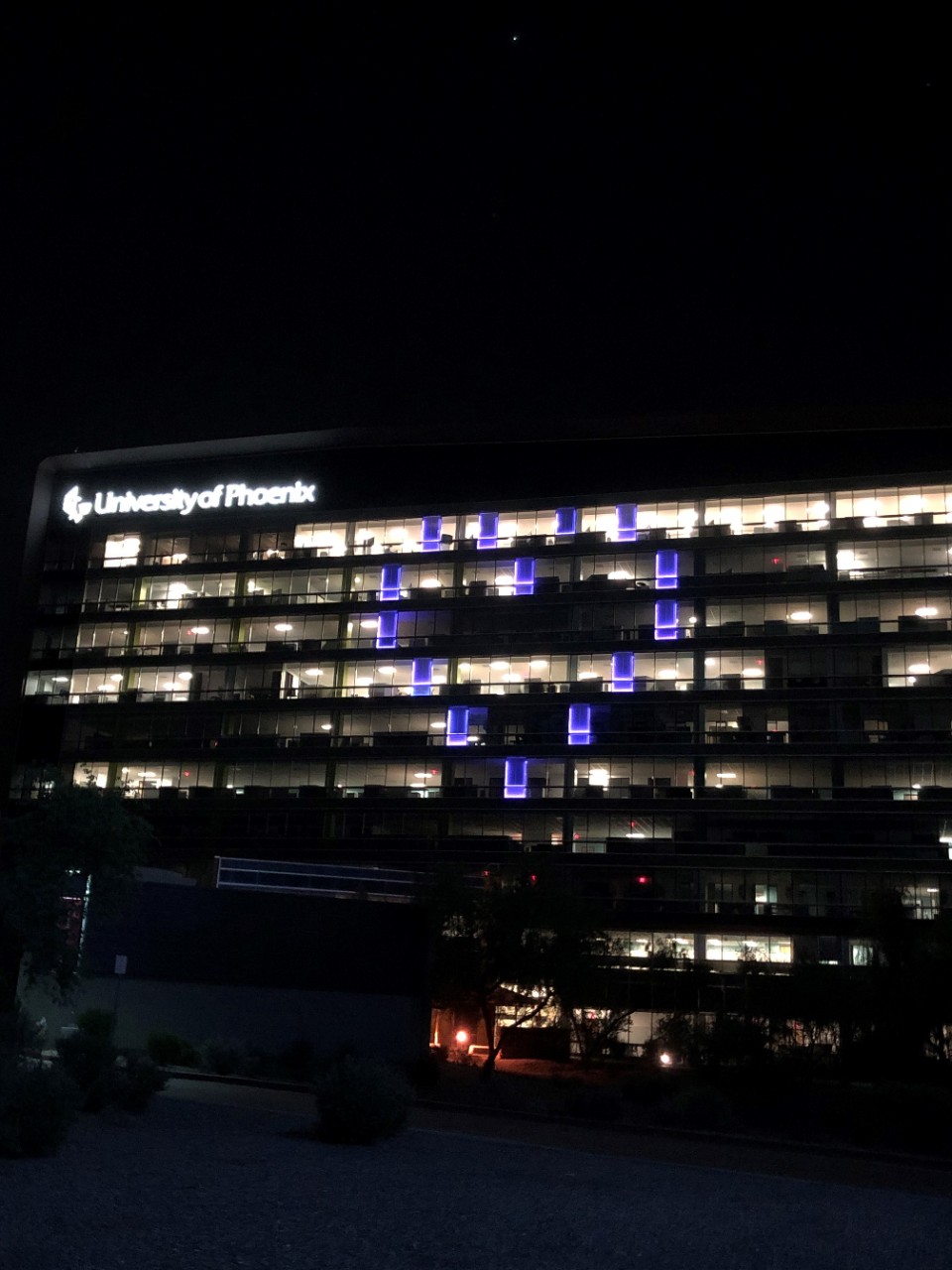